Here are the winners of the 2013 Vulture Poetry contest. Due to a tie in the votes from the judges we have 5 winners this year!!
Thanks to everyone who submitted a poem! And remember .. Vultures Rock!

Posted in Main | Comments Off
Posted on September 12, 2013 by admin

Posted in Main | Comments Off

What’s Up with Vultures

An Update on Vultures in Tanzania

Dr. Corinne Kendall sent along some information on vultures in Tanzania in August 2013

So I have just returned from my trip to Tanzania where I was conducting some vulture surveys.

I have been working with the Wildlife Conservation Society to help establish vulture conservation initiatives at some of their field sites. Basically the goal of my recent trip was to determine how vultures are doing in Southern Tanzania. Previous to the trip there had been no systematic population counts of vultures in the area though it is likely to a stronghold for several vulture species. Because vultures have declined so rapidly in Kenya and because the threats there are so severe, it is important to establish where else there might be healthy vulture populations.

To address this I conducted road transects in Ruaha and Katavi National Park in Tanzania and compared my findings with that from Masai Mara National Reserve, Kenya.

Finally, we also started to investigate potential threats to vultures in this area and want to find ways to both monitor the population and protect it from these threats in the future. 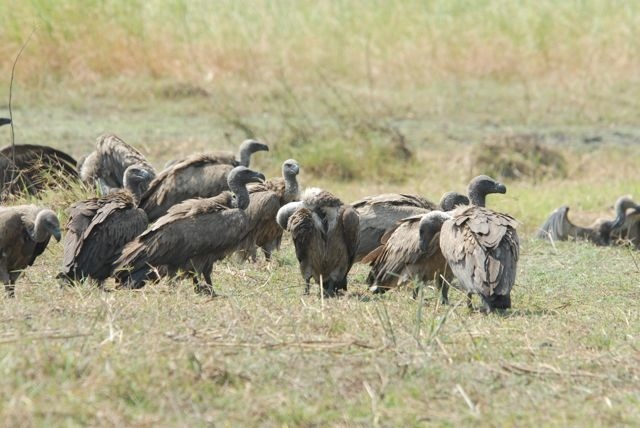 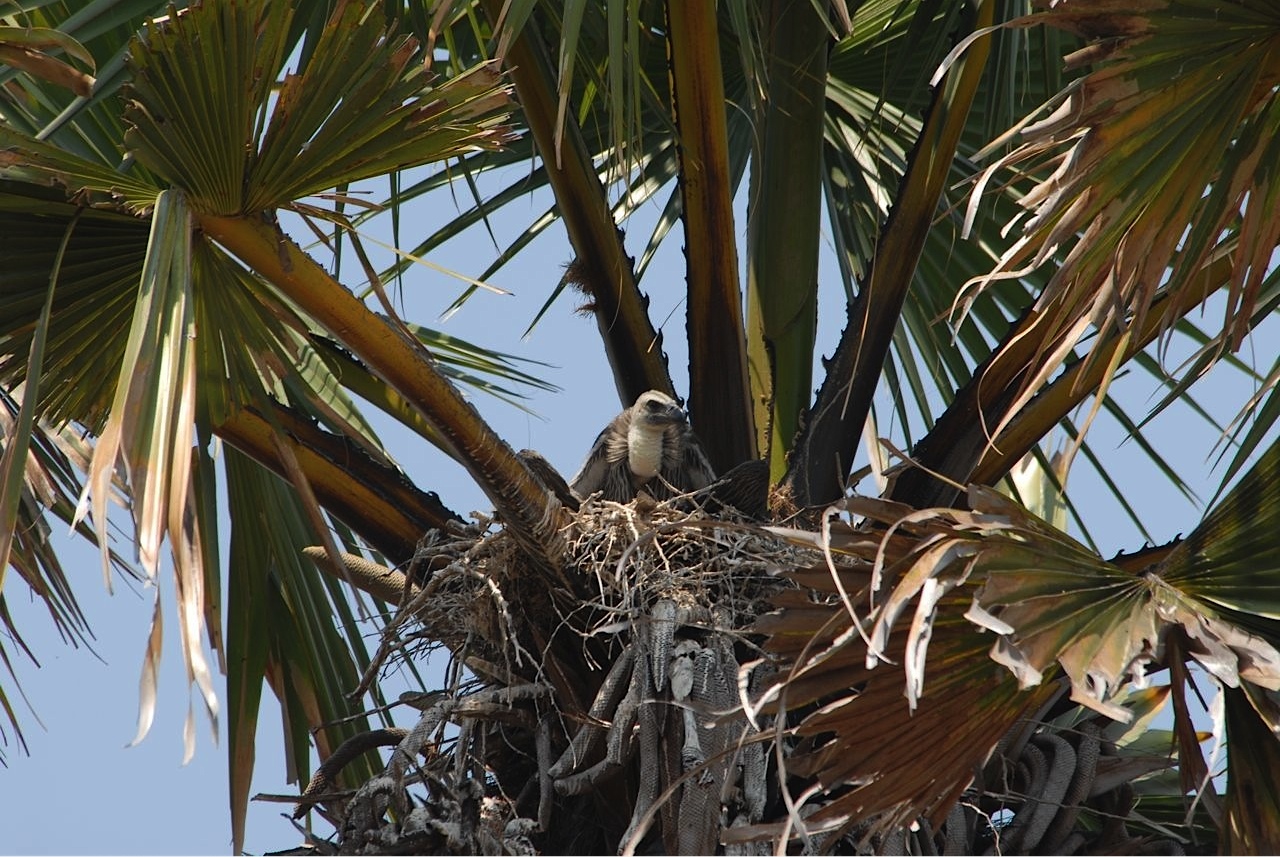 September 1, 2012 is this year’s vulture awareness. Visit the International Vulture Awareness Day site to find out who near you is sponsoring events or sign up for the Awareness Day Virtual Event. Help Us Get Out the Word That Vultures Rock Through Your Poems!

Ph.D. student Corinne Kendall uses GPS technology to investigate the dramatic declines seen in vulture populations in Eastern Africa. By trapping and attaching GPS units to vultures, Corinne has been able to determine why certain species of vultures are declining more rapidly than others.

Over the last thirty years, vulture numbers in East Africa have been dropping rapidly largely due to poisoning. Pastoralists lace livestock carcasses with pesticides to kill lions and hyenas that have attacked domestic animals. One poisoned cow carcass can kill over 150 vultures. We are in the midst of a crisis for African vultures that will be difficult to reverse if poisoning continues.

Vultures of East Africa: The Soap of the Savannah

In the Massai Mara National Reserve in Kenya, Ph.D. student Corinne Kendall works to learn more about some of East Africa’s most threatened birds – the vultures. Vulture species are declining worldwide, with up to 99% declines in parts of central Asia. East Africa holds the world’s most diverse guild of scavenging species. These African vultures play the crucially important role of removing dead animals and thus disease – acting as the “soap of the Savannah.

Take a look at this article on vultures and video about a student project and explore what CSI forensic teams are finding out about vultures and their effects on crime scenes. (Warning – video is cuite graphic in whowing vultures eat carcasses.)

Featured on the BBC

The plight of vultures living in Kenya’s Masai Mara was recently highlighted on Earth News on the BBC. Vulture populations are reported to have fallen as much as 60% and secondary poisoning, poison left by farmers for carnivores like lions, jackals and hyenas, seems to be the culprit.

Hawk Mountain Sanctuary has two new downloadable activity books featuring vultures. Both New World Vultures and The Vultures of Africa are filled more than 25 pages of information on vultures as well as fun activities (“Smelling Like a Vulture” and “Eating like a Vulture”) and outlines to color in.

Speak Out for Vultures

Got an interesting experience with vultures to report? Or just feel strongly about their preservation? Send us a video!

September 3, 2011 is this year’s vulture awareness. Visit the International Vulture Awareness Day site to find out who near you is sponsoring events or sign up for the Awareness Day Virtual Event. 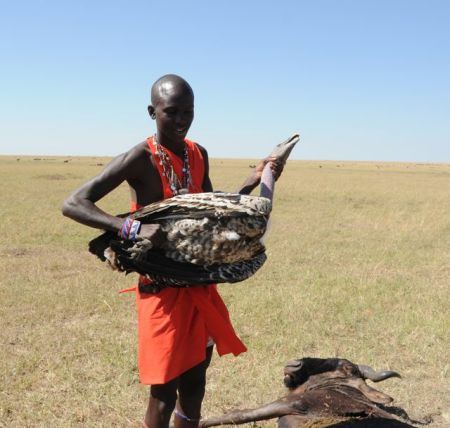 Vulture populations in East Africa are facing the threat of very serious declines. Can the African vulture crisis be averted through outreach and education programs? Vulture expert Corinne Kendall outlines the role of education and explains why outreach efforts alone will not prevent the crisis.

As One Vulture Said to the Other…

Help us by sending your punch lines to be used with this picture. We’ll post your ideas so come back often to find out what one vulture REALLY said to the other… 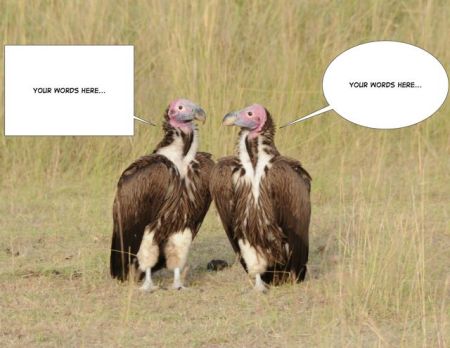 A field survey of the vulture population in the wildlife sanctuaries in the Nilgiri Biosphere Reserve and adjacent sanctuaries, conducted by the Bombay Natural History Society (BNHS), has found that vultures are declining at an alarming rate in the region.

The Turkey Vulture Society is sponsoring a turkey vulture art contest for all ages!
The deadline is August 31, 2011 so check out the details and start creating!

Posted in Main | Comments Off